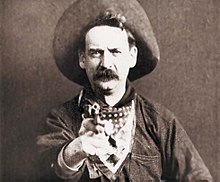 I was sitting and visiting with my friend, Rosie, the other day and we were talking about and comparing 'triggers' - not the horse and not the obvious ones.  I'm not going down that jungle path.  We both include math or anything to do with numbers as one of our major triggers - the thought of doing my own taxes gives me a major stomach ache.  Most of the time I enjoy triggers that bring up memories (as long as they are good memories, of course).  I was recently watching a short video by someone on Instagram that I follow, documenting the second time in a row that she had locked herself out of the house.  This brought up the time(s) I managed to lock myself out of the row house in which I lived in the Netherlands.  The only access, if one was foolish enough to lock herself out, was through an upstairs bedroom window.

A little background.  I lived in the southern part of the country, which was dotted with lovely farms, thatched roofs, great little bars/pubs/taverns.  In my particular neighborhood, none of my neighbors spoke English.  And I was a long way from being fluent in Dutch.  Trying to blend in was a trick.  Apparently, word got around that an American was living amongst them and, when I had gone out to wash my windows (as was the custom), I turned to find three women lined up across the road, arms crossed, ready to critique my methods.  Luckily, my near-neighbors were patient and kind and we muddled along.

The first time I locked myself out of the house, I was emptying my compost into the green bin.  I managed to line up the bins and climb up high enough to reach the window and hoist myself through.  Important note:  This was YEARS ago - before everything seized up.  My next door neighbor came out to empty her compost and watched me in amusement.  "Those crazy Americans..."  The second time was pretty much the same scenario.  The third (I know, I know) time was almost the same - except that I was wearing nothing but the oversized t-shirt I wore to bed.  As I stood, wringing my hands and trying to decide what the odds were that no one would come out and look up my t-shirt as I did my monkey routine, the same neighbor came out of her back door.  Through a lot of hand gesturing and bad Dutch, I managed to convey my lack of undies and she went inside and fetched her husband.  Bless his heart, he clambered up and in through the window and came down and opened the door.  That afternoon, I had a duplicate key made and wore it on a chain around my neck.

These were the same neighbors who invited me over for coffee and cake for the Queen's birthday (Mrs. Neighbor had a birthday on the same day).  I did my usual quasi-Dutch, explaining that I would love to come, but I was expecting a package from Fedex, so would have to keep an eye out for the delivery.  They were so sweet and effused and carried on when I arrived - plying me with cake and bringing out the special occasion wine.  I was very flattered, until I found out that, in essence, I had just told them I was pregnant and expecting a little one in the near future.  I briefly considered punching a hole in my Dutch/English dictionary and hanging it on the chain with my key. 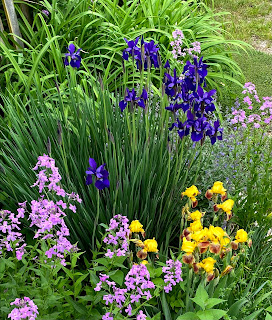 (With apologies to Rip and Washington Irving.)  Apparently, I am either totally delusional or totally in denial.  When I did not snap back into vibrant health and physical vigor two weeks after surgery, I slid into what I imagine is depression.  Sort of like a human pill bug.  Or an armadillo.  It's not like nothing went on - sheep had to be sheared.  I tried black soy pasta that cooks up grey.  Then spent a considerable amount of time trying to reason out why it was more pleasing as black than grey.  When I tossed the leftovers to the chickens, they were just as put off as I was.  They just came around faster.

My oldest hen, Izzy (Isabel) went through an excruciating demise.  It was cold.  It was hot as hell.  It rained and blew in between.  The weeds in my garden are spectacular in their own way.  I wonder who's bright idea it was to put the garden in the front of the house - where I am subjected to the weedy eyeful countless times a day.  Oh.  Right.

I've had my post-op appointment and got a clean bill of health.  Ditto with the dermatologist.  During all of this, I remained curled in upon myself and finally, finally started to perk up.  (Thanks SO much to those dear hearts who emailed to check my pulse...)  While it's unlikely that my garden will amount to much more than a weed display, I have compromised a bit and planted collards in my window boxes, tomatoes in pots, peppers in pots and assorted herbs here and there, within reach.  I had plopped some lettuce and arugula in the cold frame - which managed to survive without me.

In farm news, Norman has moved to the next town in order to provide company for an older gentleman sheep, Lucky.  As you know, Norman and I have had a love/hate relationship from the get-go.  I needed to keep Linden here to pal up with the llama (who cannot be rehomed at this point), but tried not to sound gleeful at the idea of no more Norman.  I did what I could to get ready, but was lucky enough to have my farmer neighbor volunteer his stock trailer, with back up from another couple I know.  It went without  a hitch.

I couldn't go along for the transfer, as I had to head north for a much-needed haircut.  Unfortunately, my 'stylist' was channeling her inner barber that day, so I was as shorn as the sheep.  I do not have luck with hair cutters.  They seem to give me a great cut the first time, then it's downhill in a greased pan from that point on.
Yesterday marked four weeks from my last surgery, and I have rounded a corner.  I think my problem started when I underplayed the fact that I had two major surgeries within four months.  That, and I am totally and inherently impatient.  I plan to go out and - gently - tackle a raised bed so that I can get my kale planted.  If all goes well, I will do another for summer squash - because Summer:Zucchini, right?  I have put away all my packets of flower seeds and all the rest.  Next year's garden is going to be spectacular!
Posted by Susan at 12:21 PM 19 comments: