Everything got done but the laundry.

And the dusting.  And the applesauce. ...
When standing on the precipice of an extended weekend, I tend to make overblown lists.  It's like I have no real concept of time - or that, magically, long weekends are really, really long.
With four days stretching ahead - I picked up a pen and went wild.  However, I was pleasantly surprised when I did a recap last night.  In fact, I was quite smug. 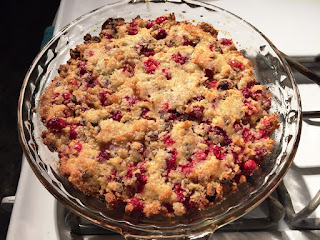 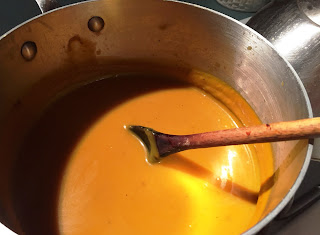 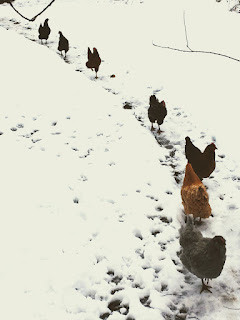 Trees were cut down.
A long-term UFO was finished.
The wind chimes were fixed.
There was an avalanche (and more shoveling):
There was an amazing amount of adorable-ness:


We had a wonderful Thanksgiving and were mesmerized by Adrian, the cherub pictured above.  He entertained us through dinner - had I been more on the ball, I would have filmed his method of testing food.  His mother (the beautiful Sabrina) would spoon in a morsel, his tiny face would scrunch up as he registered the foreign object, then - depending on the outcome - he would break into a big smile, or a scrunchy frown.  It was fascinating.

I cavalierly offered to drive my youngest sister to her bus for her trip back down to the City.  We left with plenty of time...had the bus station still been in the location I remembered.  From 15 years ago.   I managed to get her there before the bus left - by putting my car in its path.  Luckily, the driver chose not to run us over.  Oy.
﻿
Posted by Susan at 10:43 AM

The adorable child, the sweet pups, the amount you got done over the (not-so) long weekend! A wonderful post!

Hahahaa--loved the chicken "Conga" line--what a hoot! You sure were busy. Ain't it grand--those LONGGGGGGg weekends!?!

Whoa.... what a cutie. I can see how he has captured a few hearts.

what a wonderful holiday! and what a cute kid!

That last paragraph has caused this little film to play in my mind of your car laying rubber while its tires scream as you do a 180 turn into the bus's path -- sort of like something out of the Blues Brothers, if you remember that movie.

Wow, I was such a lazy bum in comparison!

You did get a lot done but the most important was who you got to spend time with. Happy Thanksgiving.

Careful with those punchlines; someone could choke on their mocha! ;-)

Oh your grandnephew would take my words away too. What a beautiful family. You are one busy girl and laundry and clean clothes are overrated;) Sounds like Thanksgiving was magical.HUG B

Mama Pea - I am hoping that you had yourself a wonderful holiday as well. Oh that NY and MN were not so far apart...

Sue - I'm starting to think of them as retirement dress rehearsals. And I like them. A lot.

Sylvie - He is just 1 and is tearing around like a little machine. I've never seen anything like it. A happy little dumpling, too.

Jaz - He is even more adorable in person. He's a perfect blend of his good-looking parents.

OMG. I loved that movie! It wasn't quite a screaming maneuver, as it was a slow and determined move - I was trying not to freak my sister out more than I already had.

I find that hard to believe...

Gail - It was a perfect combination of action and relaxation. My favorite way to spend a weekend.

Thank you, Buttons! I never worry about laundry until I run out of socks.

I'm excited for you kid!!! You've accomplished all kinds of work, had family over, and your dogs look amazing in their outfits. Did anyone of them try to remove their clothing? Beans will pull off his shirt/sweater and play with it.